Once upon a time, adverts were indiscriminate, individuals had to endure the pain of seeing ads that did not apply to them, and companies had to invest capital into viewers that were surely not their target audience. Since 2007 and the introduction of the smartphone by Apple, all of that has changed. Now, companies in online advertising (mostly on Facebook) could produce targeted ads based on individuals preferences and interests of the user, protecting the consumer from irrelevant ads and allowing companies to decide who views which ads. Since then, the scope of the data industry has skyrocketed, today making the sharing and often exploitation of personal data a multi-billion dollar industry. This has created the Internet of Things (IoT).

A very short history of the Internet of Things (2016). Hugues Rey. https://huguesrey.wordpress.com/2017/03/04/a-very-short-story-of-internet-of-things/

The Internet of Things is defined as “the network of physical devices, vehicles, buildings, and so on embedded with electronics, software, sensors, and network connectivity that enable these objects to collect and transmit data via the Internet” (Huguesrey 2016) (Figure 1).

The data of anything belonging to the IoT is free game for data companies to find, collect, and sell, making data the most valuable thing on the Internet. Data itself is more important, more profitable, and more desired than most things and its shared almost constantly (Figure 2). 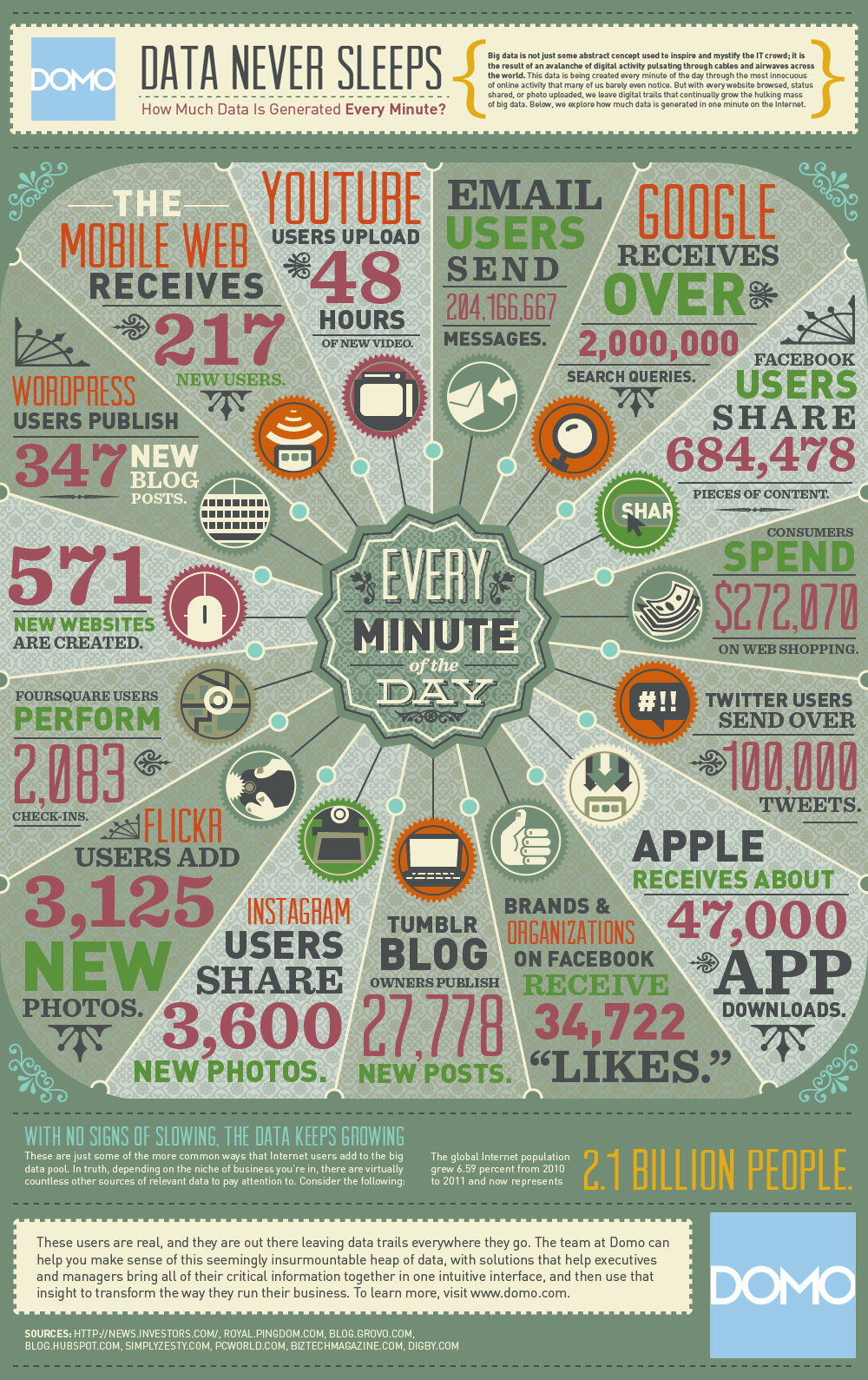 Why is this such a bad thing? Of course, there’s issues of privacy; who wants their information—vital or not—in the hands of some of the most powerful companies in the world. But is there something more?

Forget data sharing, is it data collection alone that the public takes issue with? Is there something inherently deceiving of companies, Facebook for instance, to collect their own data and analyze that?

Is data collecting publicly acceptable as long as it stays in the hands of the initial collector? Or is it okay for companies to exchange data as long as it’s not being sold? Would it make a difference if the user received a cut or commission from the sharing of their data by large corporations? Does it matter that the data is being shared to get more money out of us (targeted ads) and isn’t going to nobler causes like fraud detection? How much privacy are we willing to sacrifice for convivence? Does data sharing between large corporations feel akin to the betrayal of a secret shared in confidence?

It’s no surprise that given all of these questions and more, discussions about the ethical implications, commercial use and incentive of data sharing are difficult to pin down and ground in real life. Is data sharing ever good? If so, in when?

For the next section, it may prove helpful to think of data sharing as data collaboration

Currently, data collection companies are largely private, meaning they have little interest in addressing public challenges seeing as their main objective is the production of targeted ads. The use of data collaboration in the form of a public-private partnership model that includes a number of public institutions may help to form public value. Social media data i.e. tweets, shares, etc., can help NGOs and other humanitarian organizations understand demographic trends, where aid is needed in the event of a natural disaster, and even the geographical distribution of a disease epidemic. Examples, such as the Facebook Disaster Maps or even the ability to mark yourself “safe” on Facebook after a crisis in your area, show how useful data sharing may prove to be.

Another example, improvements in the design and delivery of public goods can be shaped based on public opinion gathered by private companies. As most people now take to social media to air their grievances, gathering that wealth of information to help guide service delivery may be better than waiting for consumers to fill out surveys or polls.

Of course, these are only a few possible useful applications of data sharing. While data sharing can be an extremely dangerous practice when done unchecked, it should not be considered only as such.

« The Great Men of Technology
Digital Blackface: Fact or Farce? »